Art- and dialogue project by the artist Jens Galschiøt

Jens Galschiøt continuously exhibits the sculpture fundamentalism, around Denmark, and other countries. On this page you will be able to get an overview of where and when the exhibitions take place. At the same time there will be an overview and material from previous exhibitions with 'The Children of Abraham’. 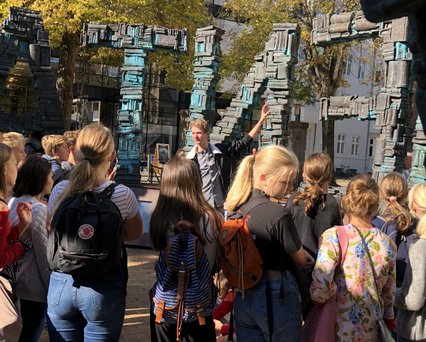 Abraham's Collected Children is the title of a new cultural festival in Odense, where the purpose is to create dialogue between the city's inhabitants from the three major monotheistic religions.

Abraham's brought-together children run in Odense in the period September 15 to November 30, 2018. The festival receives support from several foundations, and the Municipality of Odense has also supported.

See all pictures from the exhibition Abraham's Bringing Children 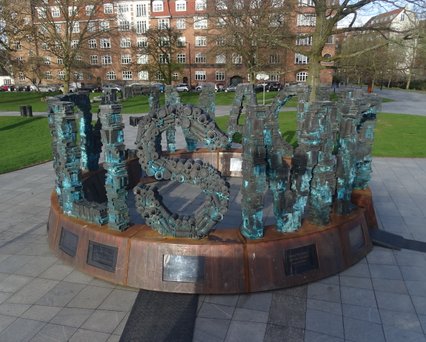 In 2018, fundamentalism was exhibited in the year-round house in Moller Park. The work also consists of a dissemination program that promotes dialogue, and a number of writing columns, which are set up in various places in the city, for example at the Godsbanen, Kvindemuseet and Dokk1.

The artist Jens Galschiøt will contribute to the international dialogue, which hopefully will start a healing process between the three religions and their population groups. 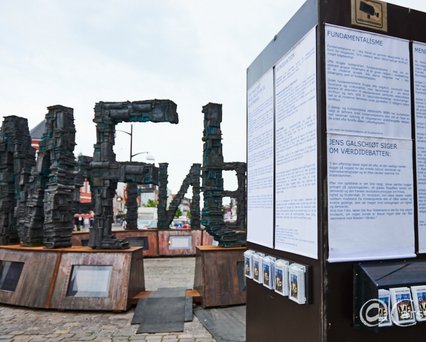 In Holbæk 2017, Jens Galschiot has once again come to Holbæk with one of his controversial sculptures.

This time it is with the installation: "The Children of Abraham".

As always, dialogue is being put up, this time around the three major religions, Christianity, Judaism and Islam. 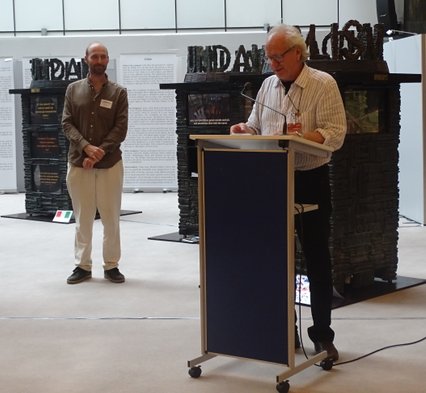 In 2017, after three years, we managed to get permission to exhibit The Pillars of Scriptures at the European Parliament.

The sculptures show the darkest and brightest quotes from the Qur'an, the Bible and the Torah and it is Bendt Bendtsen (K) who has arranged the exhibition.

2015 applications to the EU parliament 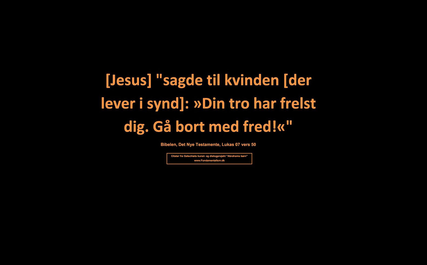 Artist Jens Galschiøt's art and dialogue project "The Children of Abraham" took place at the Town Hall Square in Vejle, and from it started satellite exhibitions, as well as educational materials for schools and guided tours. 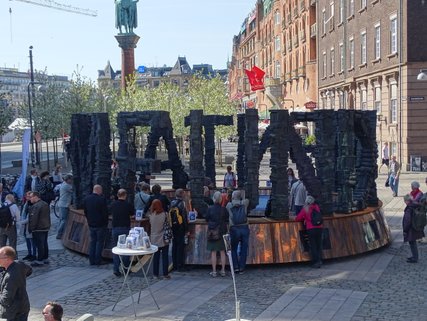 Jens Galschiot's controversial work was exhibited at Copenhagen City Hall from Tuesday 26 April until 8 May 2016. The art installation has previously been exhibited at the art center Silkeborg Bad with large numbers of visitors, many debates and no trouble. However, it is something completely different to exhibit in the capital, says the artist.

“With the exhibition of Fundamentalism in the heart of Copenhagen, both the politicians in Christiansborg, the religious organizations and the media will have to decide on the work's statements. Suddenly you have to remember that the central dogmas of religions are almost the same. "

Exhibition at the festival Heavenly Days 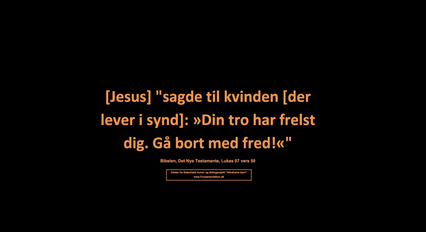 Fernization on the square in Varde. The exhibition aims to promote a constructive and inclusive cultural debate in Varde city. 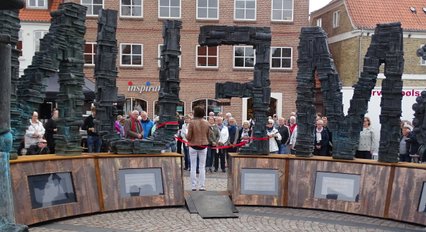 Exhibition at the square in Varde. The exhibition aims to promote a constructive and inclusive cultural debate in Varde city. 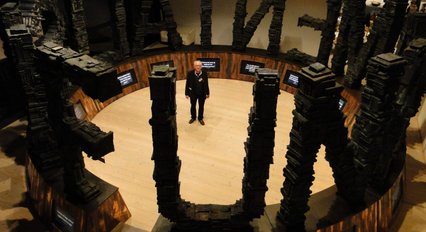 During the exhibition, visitors were able to write down their reflections on paper notes.

See the 1520 comments from visitors about the exhibition written on paper.

The first overall exhibition of the Children of Abraham with the sculpture Fundamentalism took place at the art center Silkeborg Bad.

The exhibition was a great success, which shows how relevant the exhibition is. We are both proud of the high number of visitors and the fact that so many schools during the period used the project as a starting point for class debates.

The exhibition received 13,499 visits in 3 months. That is over twice as many as the "normal" visitor numbers. It should be noted that the exhibition attracted more and more as the rumor spread, since it tends to be the other way around.

Around fifty school classes were shown around at the exhibitions, while many more have used the project in teaching.

As part of the exhibition, 6 Scripture columns were exhibited at various cultural and educational institutions during the period.

A number of public debates were held, where politicians, religious, artists and others debated the project.

Article on exhibition
Link to kunstetagerne 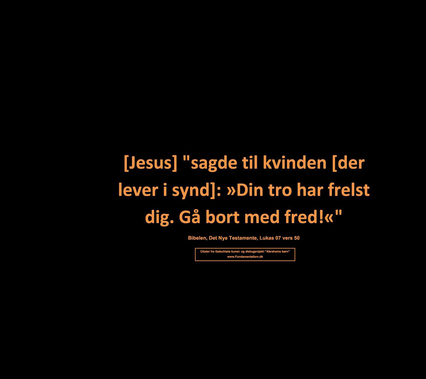 We attended Folkemødet - The People's Democratic Festival with 6 Pillars of Scriptures and 3 letters from the “Fundamentalism” sculpture, which were placed in strategic good locations. In addition, we had a fantastic meeting where we made a lot of good contacts that will help the project reach out further. Which lead to concrete exhibitions in Denmark, the prospect of exhibiting 'Fundamentalism' at the European Parliament in 2015, as well as organizations interested in using the project for religious dialogue in education and culture. There is support from virtually all political parties, so it draws well.

Support sales for "The Children of Abraham" 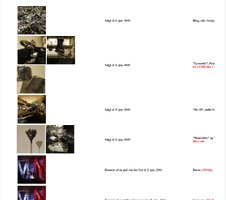 Between the 23rd of November. 2014 to Jan 6th In 2015, Gallery Galschiot's support sales for "The Children of Abraham" Project.

Here you can see what beautiful and unique art pieces people bought during the Christmas sale.

Support sales for "The Children of abraham"